The Particle Physics Simulator is a physics application for Android devices (v2.2+) in which real gravitational systems of particles can be created, simulated and interacted with in real time. It is an N-body particle simulator where the behaviour of the system is driven only by each particle’s gravity and its interaction with all the other particles in it. It is turning more into a physics playground lately though, with the addition of accelerometer support, elastic collisions, ability to create walls, anti-particles and more.

The source code can be found in this Gitlab repository.

Get the apk for the latest versions right here:

Or get it from F-Droid or Google Play.

Follows the current list of features of the Particle Physics Simulator. 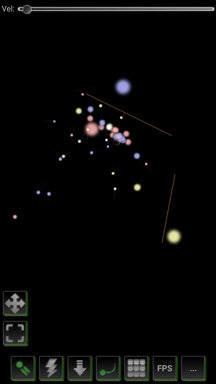 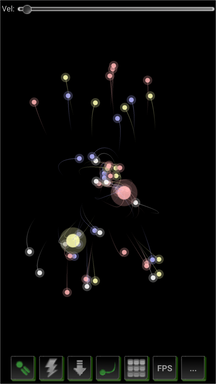 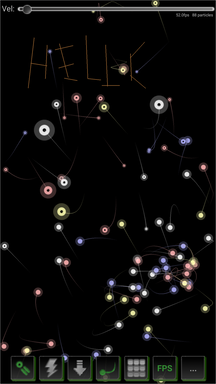 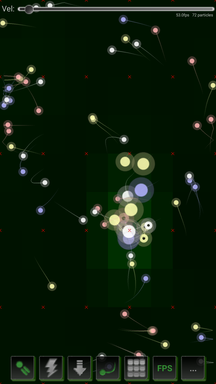 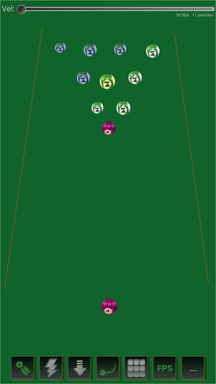 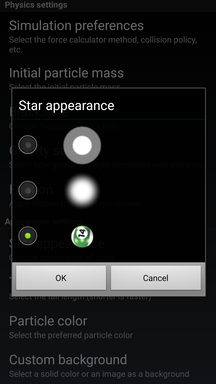 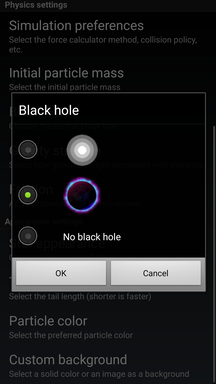 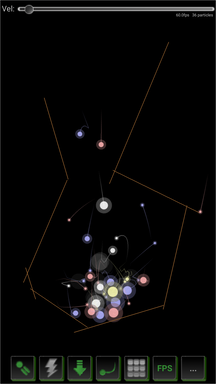 Go to Menu > Settings to change other preferences, such as:

The on-screen controls of the Particle Physics Simulator available are the following:

Pans the view. Only works in the big simulation area mode.

Enables shooting mode, where particles can be shot into the screen. Tap once to shoot a regular particle. Tap twice to shoot an anti-particle, which is the same button but the particle has a spot inside.

Enables the repelling mode, which creates a repelling force to all particles at the position of your tap.

Activates the wall mode, with which you can create walls in real time that particles can’t trespass.

Resets the view to its initial state of zoom and pan.

Use the upper slider bar to adjust the simulation velocity in real time.