Today we are releasing a brand new version (2.2.0) of Gaia Sky with several major changes and new features. To sum up, github reports 1071 changed files, with 81672 additions and 31763 deletions. Gitlab displays a “Too many changes to show” banner, as their cap is at a 1000 files. This makes it by far the largest release ever, followed by version 1.5.0 in the summer of 2017.

So, what are all these changes? What are the new features? This post attempts to answer this questions in somewhat detail.

If you are impatient, go ahead and download Gaia Sky 2.2.0. The program should recognize your data is outdated (if you come from 2.1.7) and offer an update. Otherwise, you can just go ahead and remove the data folder altogether and redownload everything again.

We have been working to enable the representation of height using elevation maps and tessellation and/or parallax mapping. Long story short, both options are now available in Gaia Sky, which bundles elevation maps for the Earth, Moon, Mars and Mercury. Additionally, we have included the possibility to procedurally generate the elevation maps. Right now it is only used for Callisto, the moon of Jupiter.

This has been a long and arduous path, entailing the introduction of a new pipeline of tessellation shaders, as well as a rewrite of the existing shaders to represent elevation via parallax mapping.

In all cases, a map is also generated in CPU memory, so that the elevation data is also available to the camera to avoid clips into the planets and moons. 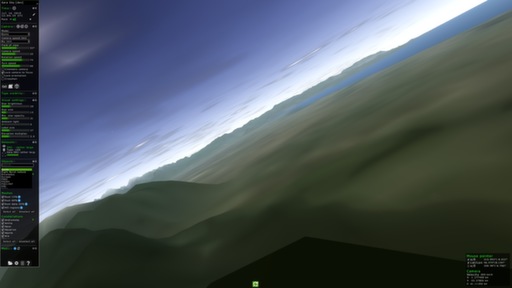 The surface of Earth

where \(z_n\) is the near clipping value of the visible frustum, and \(z_f\) is the far value. \(z\) is the fragment distance from the camera and \(d\) is the depth value that we'll put in the z-buffer. Instead, we changed it to this:

where \(K\) is a constant that controls the resolution close to the viewer. 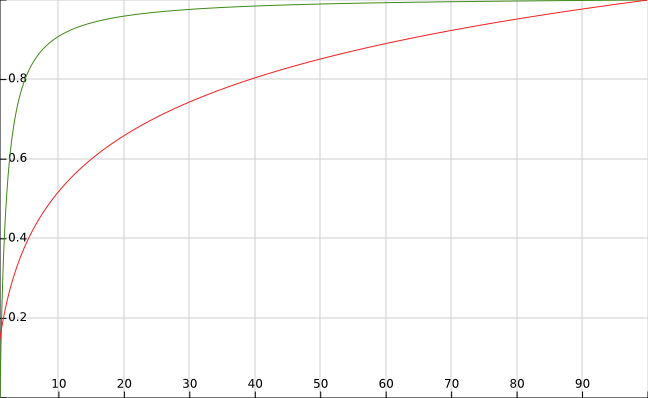 This allows us to better utilize the depth buffer at galactic and extracgalactic scales. In particular, paired with a few dither shaders, it enabled us to update the old, image-based Milky Way model to a new particle-based one sporting different components for gas, dust, HII regions and stars: 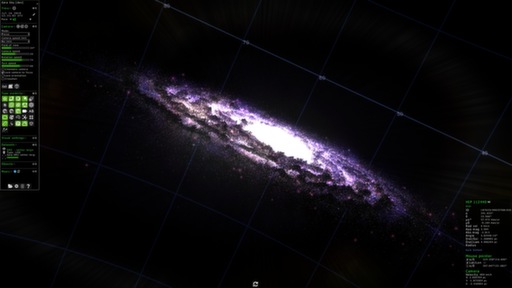 Also, using the new z-buffer we could rework the mesh rendering to better represent the galactic dust. Here is a video:

A new game mode has been implemented. This mode uses the default WASD + Mouse control scheme of most games to control the camera. Additionally, when the camera is in Game mode and close to a planet or moon, gravity will kick in and suck the player towards the surface. Use SPACE to move up (and fly), and C to move down. Use SHIFT to ‘run’.

We have implemented skydome reflections into the shaders to be able to represent the metallic materials of Gaia with more fidelity. The skydome cubemap has been generated using the 360 mode of Gaia Sky. See this tweet for a video, or the image below to a debug showcase.

The orbits have been revamped. In addition to a new fading orbit trail rendering mode, we have a background updater which recomputes the orbits when they get outdated. This ensures the planetary orbits based on a sampled VSOP87 stay up to date at all times.

Check out this twitter thread for more information and videos of the new orbits.

This feature could still be considered experimental. We have implemented a few post-processing tone mapping algorithms to attempt a high dynamic range output. The most interesting of them all is the automatic tone mapping, which computes the average and maximum luminosity values of the previous frame and uses them to automatically adjust the exposure. True HDR required to move the back buffer to a float buffer (with 16 bits per channel) instead of the regular 8-bit buffer.

The tone mapping options available are:

Proper motion representation has gotten a bit of an overhaul. Here are the changes.

We have moved away from Jython and to Py4J for scripting. Please see this dedicated post on the topic for more information.